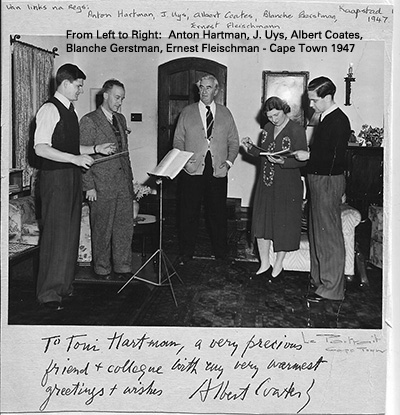 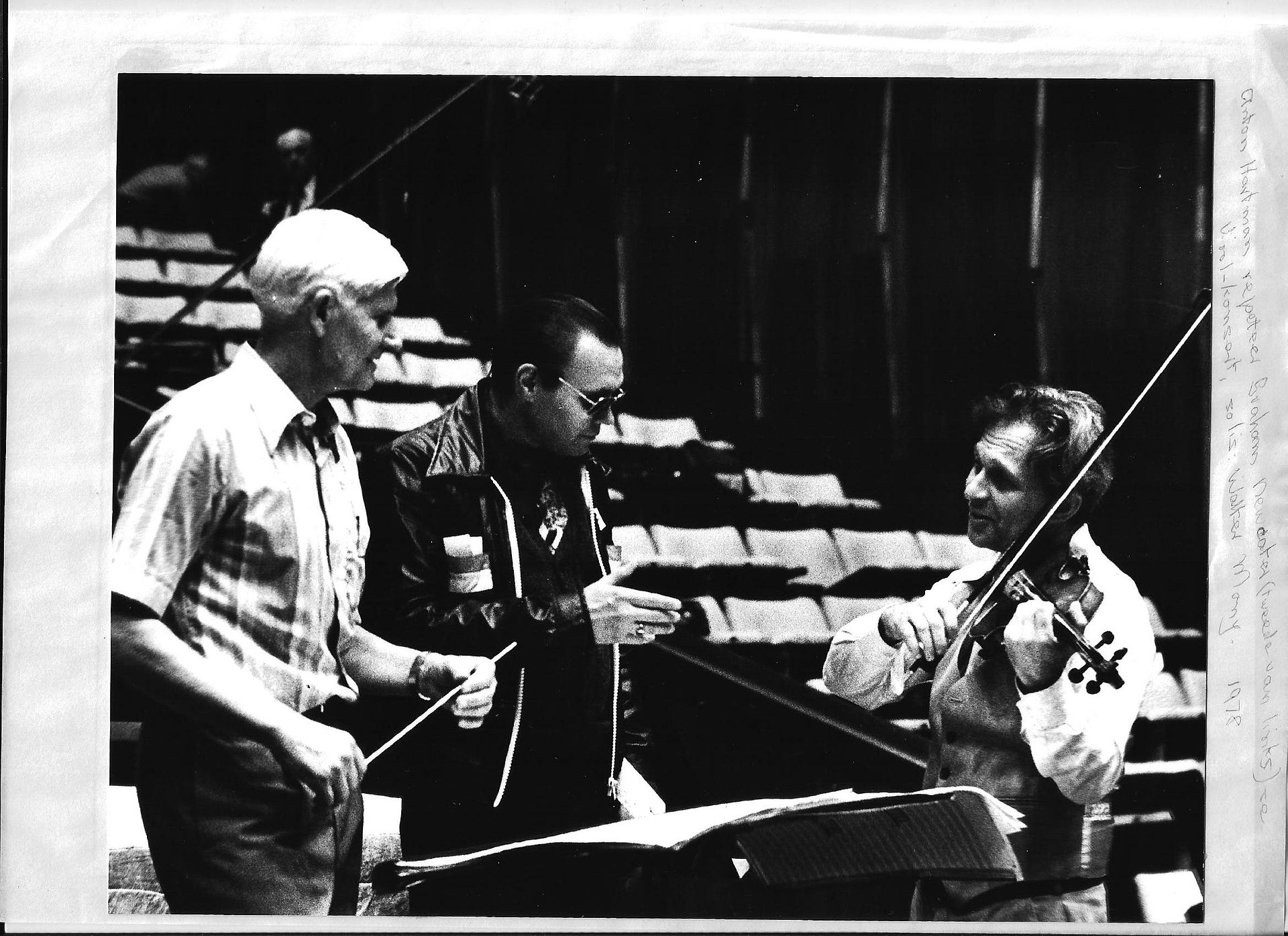 Anton Hartman with Graham Newcater and Walter Mony
Anton Carlisle Hartman was born at Geduld near Johannesburg in South Africa on 26 October 1918.[1] He was head of music and principal conductor at the South African Broadcasting Corporation (SABC) and head of music at the University of the Witwatersrand. He became a central figure in art music in South Africa during the mid-20th century.  He passed away on the 3 February 1982 at the age of 63.

Anton Hartman was the third of six children of a poor family. His father, Stephanus Lionel, a champion marathon runner, was a mine worker and his mother, Maria Barbara Van Amstel, née Van Ryneveld, a piano teacher. She also played piano accompaniments to the silent movies in the 1920s. Hartman first received piano lessons from his mother when he was about seven years old. He made good progress and was soon playing solo piano works and Lieder accompaniments. 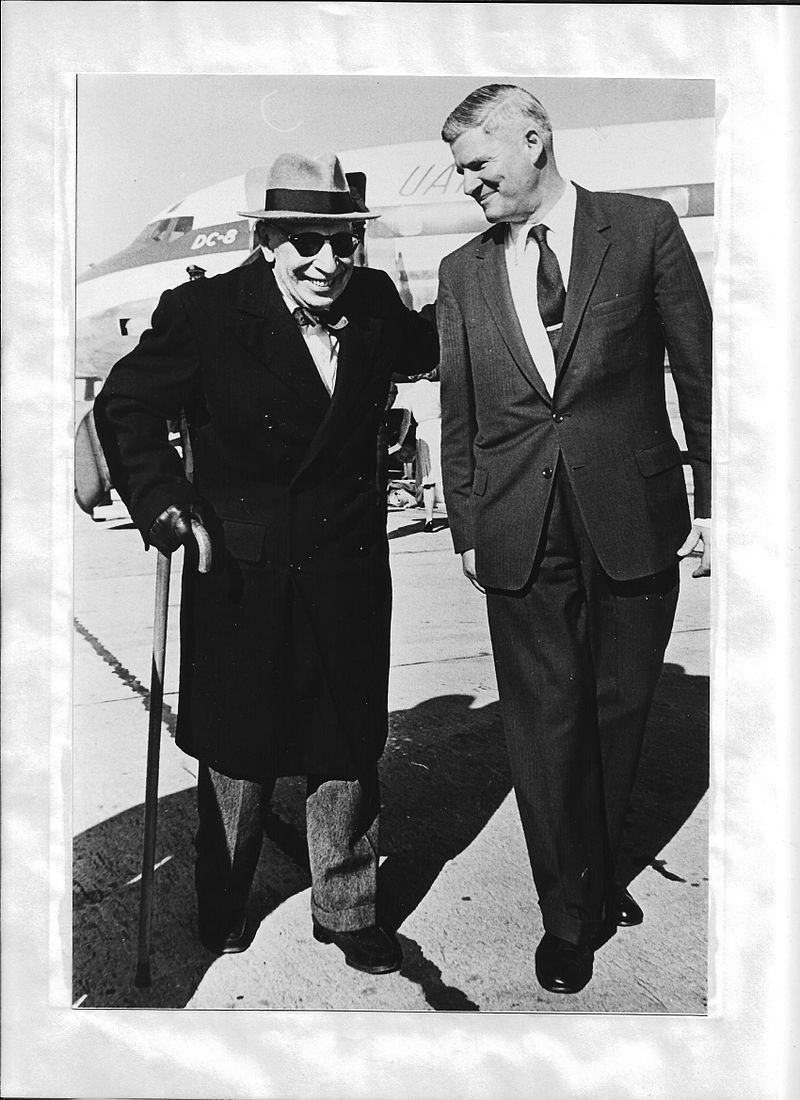 As a child and teenager Anton Hartman was a loyal member of the Voortrekkers movement which was to become a feature in Afrikaans cultural society. He became a leader in his commando.

Hartman obtained the Performer's Licentiate in Piano of the University of South Africa (Unisa) and a BMus degree at the University of the Witwatersrand (Wits) in 1939.  At age 21, Hartman started his career at the South African Broadcasting Corporation (SABC) in December 1939 and his first position was that of programme compiler of classical music for the Afrikaans service. 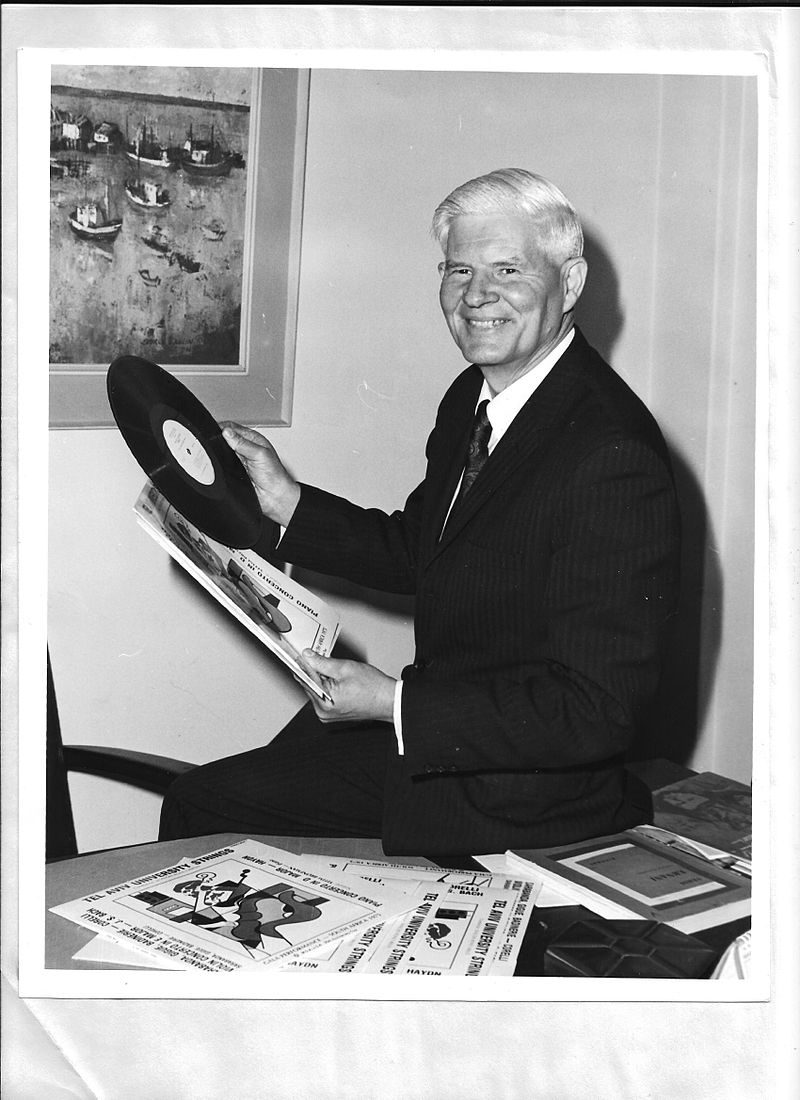 In 1948 he was appointed part-time conductor of the Johannesburg Symphony Orchestra and the West Rand Municipal Orchestra of Krugersdorp, both of which were amateur orchestras.

In 1944 he married Josina Wilhelmina (Jossie) Boshoff, a singer whom he first met as a secretary at the SABC, he and Jossie left for Europe in 1949. Vienna became a second home. Where they participated in the musical industry.

Upon his return to South Africa late in 1951 Hartman was appointed assistant conductor at the SABC, alongside Jeremy Schulman and Edgar Cree.] His first live broadcast with the SABC Orchestra was on 15 November 1951, Beethoven's Third Symphony (the Eroica) being presented as the main work on the programme.